As a lover of history and archaeology I was fascinated by the following discovery in Poland. Not only does it give us an isight into how our ancestors behaved but also how traditions around death are remembered and carried on down the centuries. It brings us a very human connection to our past and the people that lived then. It can raise interesting questions such as how should we treat the dead in the short term and in the long term? I have more questions for you to consider at the end of this article.

‘Over 100 children’s remains, some with coins in their mouths, have been discovered in south-east Poland confirming local legends of a children’s graveyard.

A total of 115 bodies were uncovered by archaeologists after being discovered by construction workers in Poland. Between 70-80 percent of all burials are children.”

When archaeologists looked more closely at the bodies they were surprised to find some of them had coins placed in their mouths. 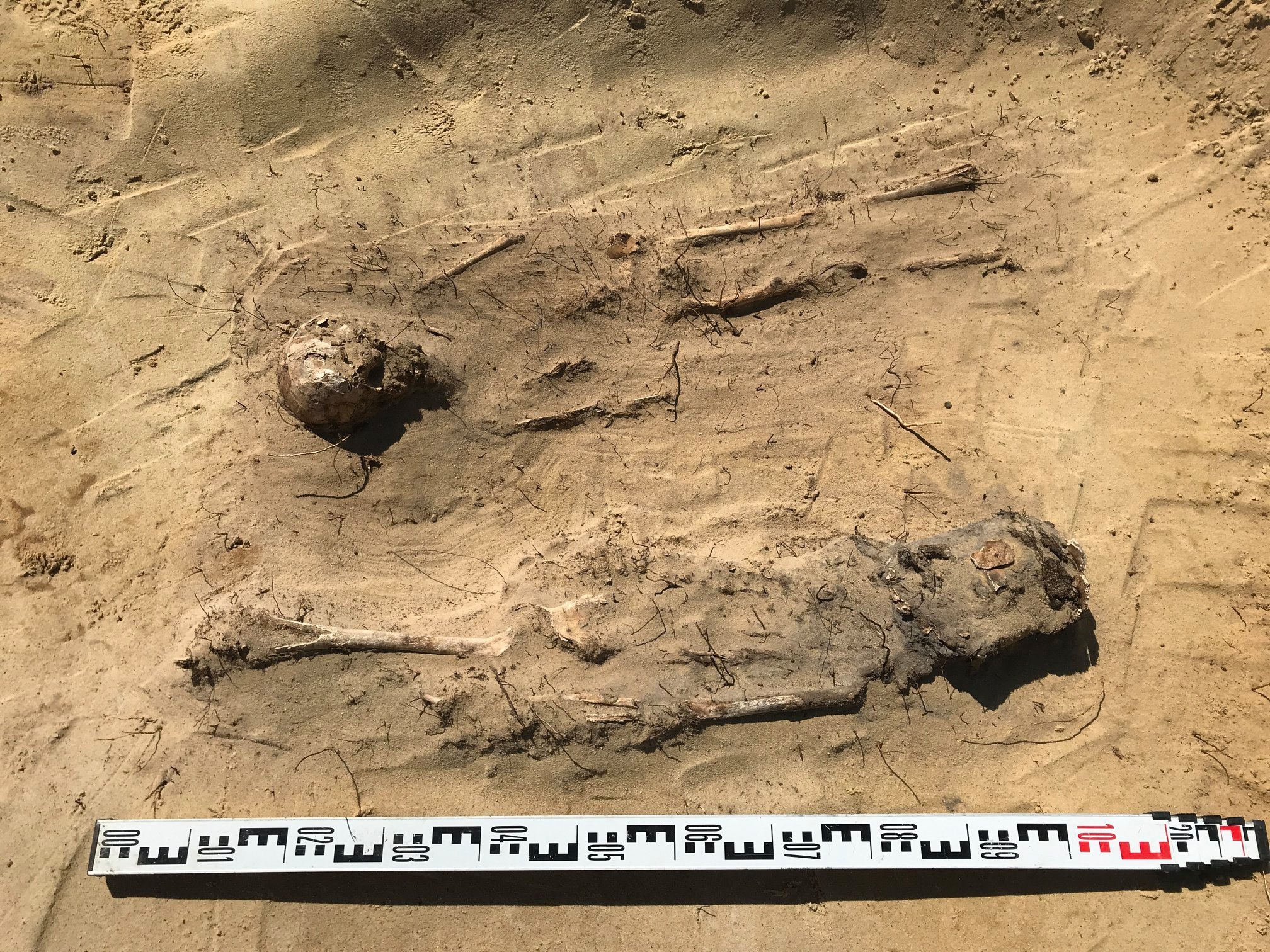 The bodies were found in sandy ground and were arranged on an east-west axis, all with heads to the west on their backs with the hands at their sides. ©Arkadia Firma Archeologiczna/Facebook

Katarzyna Oleszek, an archaeologist working at the site, said: “It’s certainly a sign of their beliefs. The coins are called obols of the dead or Charon’s obol. It is an old, pre-Christian tradition. But it’s been cultivated for a long time, even as late as the nineteenth century, it was practiced by Pope Pius IX.”

Charon’s obol is a term for a coin placed in the mouth of a dead person before burial. The tradition goes back to ancient Greece and Rome. The coin was a payment or bribe for Charon, the ferryman who conveyed souls across the river that divided the world of the living from the world of the dead.

The bodies found in Jeżowe do not date that far back, however. The coins found were minted in the time of Sigismund III Vasa, who was the king of Poland from 1587 to 1632. Also found were coins known as boratynki, which date from the reign of John II Casimir from 1648 to 1668.

The find confirms archaeologists’ theories and the speculations of locals that children were buried in a cemetery in an area known as the Church Mountains.

Katarzyna Oleszek, an archaeologist working at the site, said that the absence of buttons, nails or coffin handles suggests that the community that buried the children was very poor.Arkadia Firma Archeologiczna/Facebook

Apart from the coins no other items were found in the graves. There were no buttons, nails or coffin handles, which Oleszek says suggests that the community that buried them was very poor.

The area is now forested and there are no grave markers. Only a small chapel offers any sign of the former church. 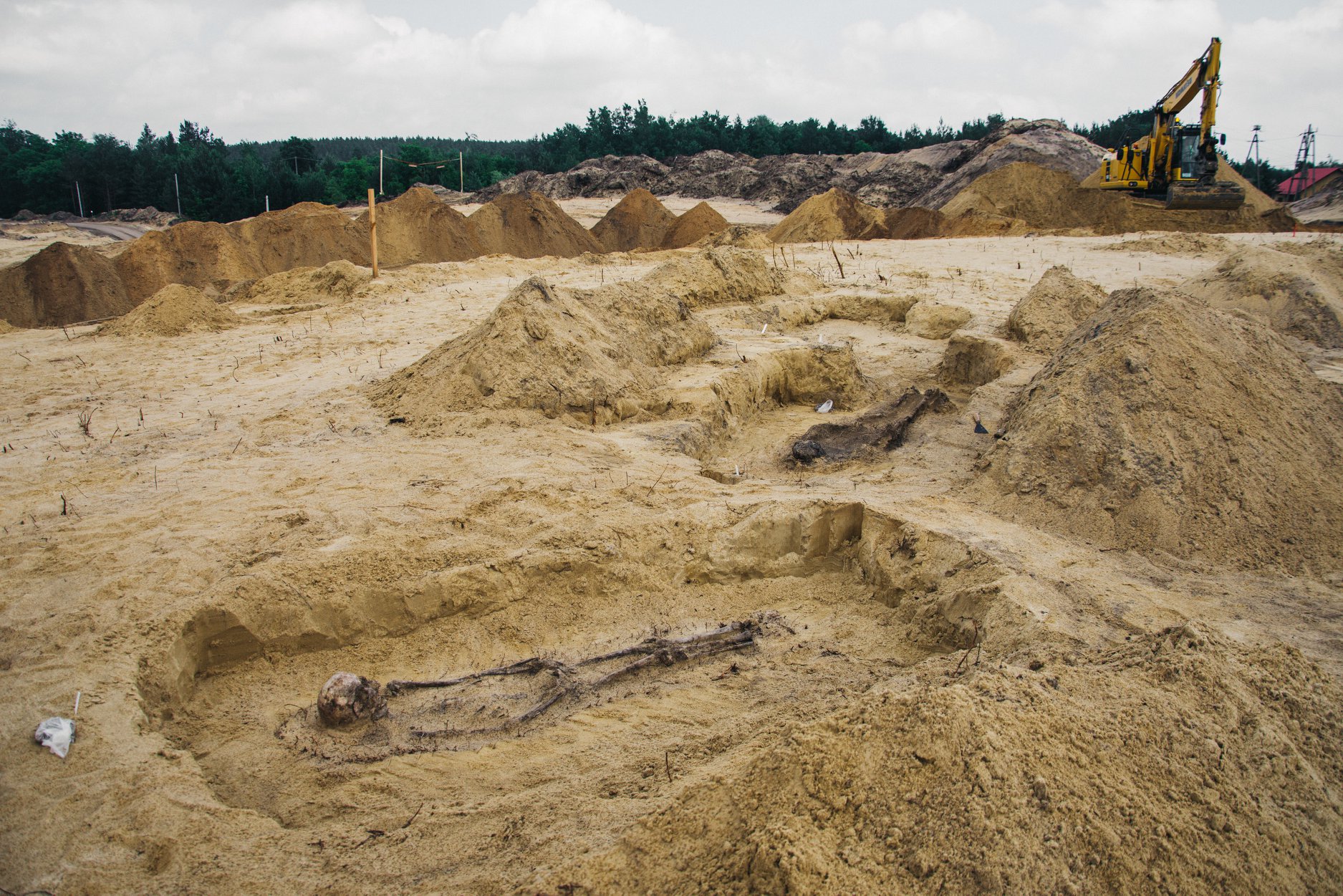 Oleszek said, “We know from sources that during a visit of the bishops of Kraków here in Jeżowe 1604 there was already a large parish church, with a garden, a rectory, a school and a cemetery. It probably existed already since 1590.”

“The arrangement of the skeletons, the state of their preservation, shows that the discovery is a Catholic church cemetery, which was certainly taken care of. No grave is damaged by another. The inhabitants knew exactly where they had graves and took care of them,” said Oleszek.

The bodies will be exhumed and after being studied by anthropologists they will be passed to the local parish church and buried again in the local cemetery.

Most of the bodies were buried in individual graves and the original order and layout of the graves will be preserved. The group of four children will again be buried together.

Do you think it is important to respect the ancient dead? What do you think about building over graveyards? Should burial places be left well alone or is it acceptable to move them for modern development? Does the length of time make a difference to how we should treat those who have died? How would you feel if it it were a modern burial ground as in the case of those being dug up for HS2?

The children were clearly well cared for and much loved loved. The placement in their graves was carefully done at the time of their passing. They were all together in a children’s graveyard much as we would find today.

Human emotion and connection to death and burial was just as powerful then as it is now. What can we learn for our time? I found this discovery interesting both for the archaeology but also for the ancient traditions carried down despite changes in religious belief. I found it moving, reflecting as I did on the people who were so poor that the coin was all they could afford to honour their children.

Do you have traditions around coins in your family? Even today I know people whose families place coins on the eyes of those who have passed on.

What we may consider as ‘dead and buried’ or ‘distant past’ can be seen to be living history and of relevance even today.