A Tea Story – A Journey of Plant and Story To Cup 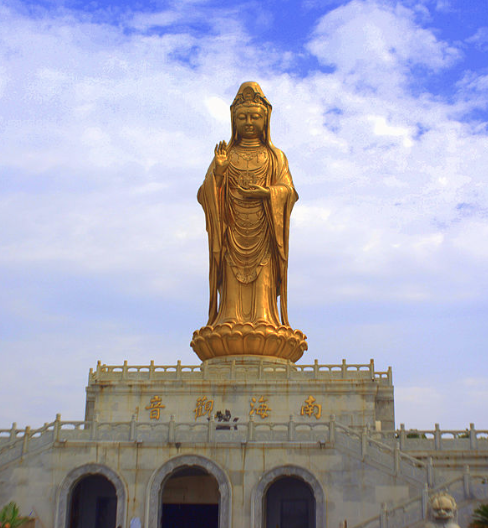 The Origins of Ti Kuan Yin or Tieguanyin Tea

Last Wishes tea rooms are where we can get together as a community to celebrate life, as well as host talks, discussions, use our famous cards and more. I thought it would be fitting to take a look at an ancient tea tradition. This one is from China.

Who Is Ti Kuan Yin?

It is said that Tie Guan Yin tea is named after an iron statue of Guanyin. This originates in the Buddhist tradition. Kuan Yin, the Goddess of Mercy, is the bodhisattva (enlightened being) of compassion. In Japan she is known as Kannon, and in Korea as Gwan-eum.

When Does Tieguanyin Come From?

A poor farmer named Wei Yin lived in Anxi County, in the southern part of Fujian province in China. Fujian is a coastal province in Southeastern China on the shores of the South China sea, facing the Taiwan Strait. The province is mostly mountainous and heavily covered in dense forests rising up the peak of Mount Huanggang, the tallest peak in the Wuyi Mountains.

The Story Of Tieguanyin

Wei walked past a dilapidated temple each day. Inside this temple was Kuan Yin’s elegant iron statue to whom her followers prayed for enlightenment. Despite being exhausted from his labours in the fields Wei was moved by the ruinous state of the temple. Despite being so poor he spent many months cleaning and mending to the best of his ability. Every time he came to the temple he lit incense to honour Guanyin.

One day when he fell asleep in the temple and Guanyin came to him in a dream, directing him to the location of a great treasure.  In the dream the goddess whispered,”The key for your future is just outside this temple. Nourish it with tenderness; it will support you and yours for generations to come.” Unable to contain his curiosity, he went outside and found an old withered bush.

After much care, this old bush grew rich and full, with thick green leaves. Experimenting, the farmer dried the leaves in a stone wok. They soon turned a smooth charcoal black, just like the iron statue of Kuan Yin. The nectar produced from leaves fired in this way was ambrosial and fragrant, like the finest blossoms. It was more delicious than any other drink that had ever touched his lips.

Having carefully tended, harvested and produced the tea, he named it ‘Tie Guan Yin’ after the Iron Goddess of Mercy.

So it is that the mystical Ti Kuan Yin – “the tea of Kuan Yin” was born.

How is Tie Guan Yin Chinese oolong tea made?

This tea is carefully made using the bao rou, or ‘wrap rolling’ technique. The withered, bruised and oxidised tea leaves are wrapped in cloth and tightly rolled and kneaded to form tightly knitted pellets. The pellets each form with a ‘tail’, really a small bit of stalk. These jewel like beads resulting are bright emerald green. When added to the water they produce a golden yellow infusion and a light floral aroma with notes of freshly roasted nuts that perfectly captures the qualities of the Anxi spring harvest.

In drinking this tea you will note that it has a creamy, rich and floral flavour with beautiful notes of honey and a smooth feel in the mouth. The best quality of this magical brews ranks as one of the most expensive teas in the world.

Ololong tea is also known as Wulong (‘black dragon’). If you like dragons you may like to join my dragons of the British Isles group on Facebook here https://www.facebook.com/groups/DragonsOfTheBritishIsles/

I was inspired to write this piece because of drinking tea in our Last Wishes Tea Rooms. Did you know that the tea bush is actually a tree? This is actually a shortened version of a piece about Camellia Sinensis I wrote for Ancient and Sacred Trees.

My passion is our connection with the wild world world through stories, plant medicine, history, and more.