The Albino and His Grave

Historic England has a gravestone listed as a monument of historic interest in its database. But what is so special about this gravestone?

In the parish of Shipley, Horsham West Sussex the cross is sited in the garden to the west of the George and Dragon pub. It is certainly an unusual find and sadly with a tragic story attached that speaks of prejudice, mourning and Victorian values.

Walter Budd of the George and Dragon

Walter was the son of Alfred and Charlotte Budd the first landlords of the George and Dragon. If you go to the bar there you will still see an old black and white photograph of Charlotte who, it is said that, the current landlords are careful to pay respect to.

Walter was born an albino in February 1867. His physical condition was accompanied by epilepsy. Sadly at the time the Victorians regarded epilepsy as a degenerate affliction leading to criminal behaviour. At the same time albinos were regarded as objects of curiosity and many ended up in fairs and circuses.

This led Walter to being the subject of scorn and suspicion. Naturally enough when something went missing it was Walter who was accused of the petty theft.

Described as being of a sensitive disposition by his parents poor Waletr committed suicide by drowning just short of his twenty sixth birthday.

The Gravestone of Walter Budd

He was buried in Shipley churchyard, his grave being marked by a marble cross bearing these words….

“In loving memory of Walter, the Albino son of Alfred and Charlotte Budd. Born February 12th 1867. Died February 19th 1893. May God forgive those who forgot their duty to him who was just and afflicted”

Vicars Fail Walter In His Time Of Need

s said that then then vicar, the Rev Gorham, took this final sentence as a personal insult.  He ordered the memorial to be removed. This left poor Walter with an unmarked grave.

His parents took the cross placing it on public view outside their pub with a notice explaining their actions.

A new vicar, the Rev. Arkle, then took over the parish. He ordered the removal of two wreaths placed on the unmarked grave by Walters’ family. Arkles’ name was then added to the role of honour displayed outside the hostelry, which now read….

“This cross was erected on the grave in Shipley churchyard and removed by order of H. Gorham, vicar. Two globe wreaths were placed on the grave by friends, and after being there for two years were removed by E. Arkle, following vicar.”

To get an insight in to the social mores of the time you could try reading Oliver Twist by Charles Dickens. In it the character Monks is epileptic, a condition that the Victorians would have immediately associated with his cowardly and evil behaviour.

We see a number of threads raised by the death of Walter, the first being his suicide which caused great division within the community with family blaming the wider village while they in turn said his mother was a cruel woman.

There is the issue of Walters’ mental health as he was said to have been of “sensitive disposition” by his parents. A condition that can only have been aggravated by the negative attitudes shown towards him by his peers and the prejudice displayed in assuming he had criminal tendencies.

Attitude of the Christian Church

Finally there is the attitude of the two vicars at the time. Clearly the parents felt Gorham the first vicar did not do enough to stand by Walter when he was alive. While else did the vicar take the last line “May God forgive those who forgot their duty to him who was just and afflicted” as an insult?

There is of course the attitude of the church to suicide who would have seen it as an act against god to take ones own life. The negative views of the first vicar were clearly shared by the second who clearly desired the grave to remain unmarked by the removal of the two wreaths.

It is important to understand the background to this story. ‘Juries were able to impose the refusal of a Christian burial and the application of rites of desecration up until 1823. The familial forfeiture of a suicide victim’s property was not removed from the statute book until 1870. ‘ Church law forbade clergy from using standard Christian burial service for those who had taken their own lives. Priests instead had to provide an alternative service.

Up until the 19th century the Church refused to offer Christian funerals for people who had committed suicide with a “sound mind” or for those who hadn’t been baptised. This was updated in the 1880s to permit priests to bury those who had taken their own life but without the standard service set out in the Anglican Book of Common Prayer.

I was deeply shocked to learn that it is only very recently that the church of England lifted a ban on full Christian funerals for people who commit suicide in 2017. So it is very clear that a lot of work still needs to be done around attitudes to suicide.

Today we can learn from these stories of the past. Suicides affect loved ones, families and communities. The Support After Suicide Partnership brings together suicide bereavement organisations and people with lived experience, to give practical and emotional support for anyone bereaved by suicide.

Thankfully our understanding of mental health is far greater than in the time of this tragic story. The Campaign Against Living Miserably is here to help.

Walters cross is visible from the road at the front of the pub. While an unusual setting for a gravestone, in a pub garden it does serve to bring this story in to the present day with all the attendant issues into public consciousness. Pubs are at the heart of many communities, particularly in villages, so putting the cross here not only told Walters story but brought the taboos of both death and suicide into full public view. Suicides and mental health are not issues we should sweep under the carpet and nor are death and the attendant grief. In this Walter and his family have left us a sad tale, but one we can learn from. Rightly recognised by Historic England as an item of historic social heritage.

For more on Victorian attitudes of self murder

If you have lost a loved one to suicide the charity Support After Suicide can help.

You can check out the calm campaign for all sorts of resources. 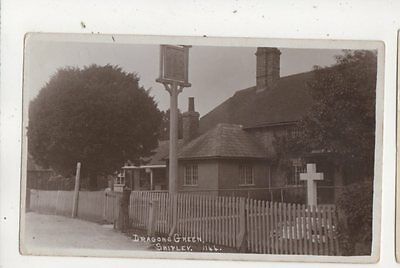