The Art of Life and Death, the Work of Artist Sam Jinks 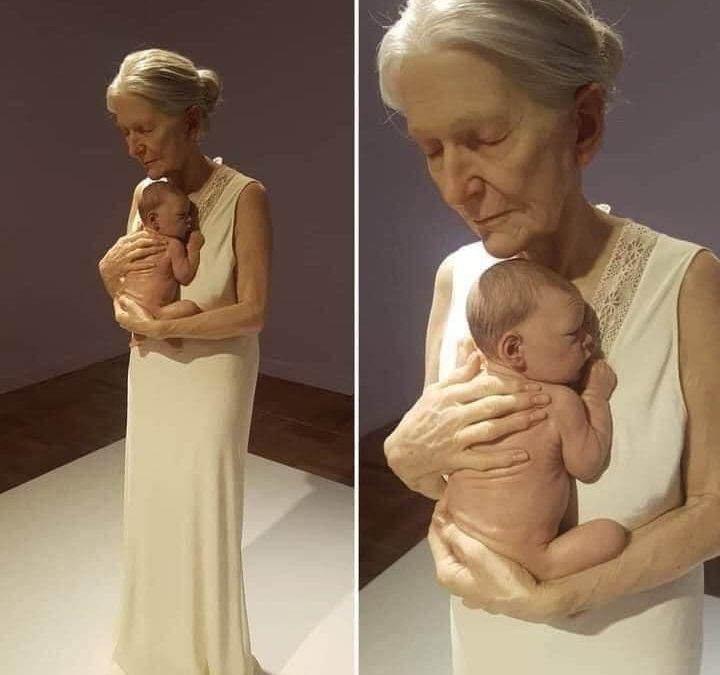 Art Exploring Myth, Religion and Humanity In Life and Death

Sam Jinks creates incredibly lifelike bodies that are at once both gentle and powerful. He says, “Art is hard, because you’re trying to change someone’s perception of the world. You’re trying to move someone in some way.” 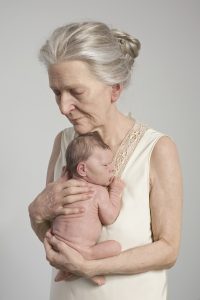 Woman and Child By Sam Jinks

His sculptures draw on myth, religious art, and the joys and sorrows of being human; his figures are either slightly under life size, or else made massive.

Jinks models in clay, which he then casts and coats in silicone. The energy comes from the idea as well as through its execution. “A lot of unconscious decisions are made, and they are part of who you are. The skin, the texture of bones over muscle, they’re all interpretive, that’s what makes the work.”

The Life of Artist Sam Jinks

His maternal grandparents were Irish, and while he had no formal art training his family life was creative. His mother was a nurse and a painter, and father was a carpenter school teacher who taught maths and physics, “My father always said mathematics comes in a different way to different people, and he was right, I can triangulate in space. But in school, I struggled with writing.”

He was lucky in that his parents let him explore his talents in his own way – which included drawing from the age of three, and experimenting with making from his teens. “I had been making with silicone since I was fourteen in the 1980s,” he recalls. “There was no instruction manual for it, I was using bathroom sealant. That was all that was available.”

His mother makes the clothes for a lot of his sculptures, and his son has posed for some pieces.

About The Art of Sam Jinks

“You have to look at what an artist is trying to say, rather than the materials through which they doing the telling. “The medium is inherently problematic,” says Jinks. “If you’re pursuing a realism on any level, when do you stop? You’re pursuing a level that’s basically unattainable. With the Pieta, I had a vision in my mind of something so beautiful and perfect. So when you’re working on it, how do you get there?” 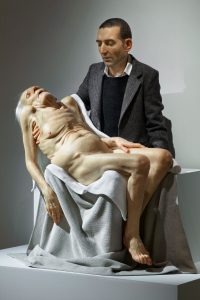 “With my work, it’s a symbol,” he says. “It becomes a precious object that goes beyond the object – when you look at a crucifix, there’s a lot of loaded power, it’s a loaded image. It works on multiple levels. It’s not just a strange object of someone nailed to a cross. It’s a source of comfort and eternal life if you’re a believer.”

Art Reflecting Our End Of Life and Mortality

“The reality of human beings is extraordinary,” says Jinks. “We’re aware of our own mortality. That is empowering, but also incredibly sad. So many decisions we make are affected by the knowledge that we’ll pass, that we are transitory. My work is a reaction, of me trying to make that ok. But, it’s not all about death.” 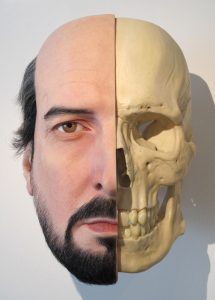 The Divide by Artist Sam Jinks

The Messenger, is a winged female figure, crouching at a reflecting pool. She seems a conduit between this world and the next, now and the future. 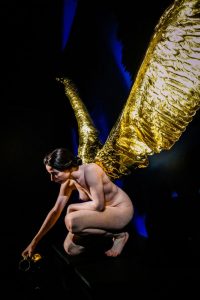 The Messenger by Sam Jinks

“Life is strange,” continues Jinks. “The older I get, the stranger and more curious it becomes. I’m certainly not a Christian, but there is some strange something. It’s almost unspeakable, you can’t put it into words. I’m kind of grappling with that at the moment. The dream is one day to make a work that has the power, without the association with religion. A work that has the power a religious piece has, for everybody. We’re sorely in need of these symbols. The ones that make everything ok.”