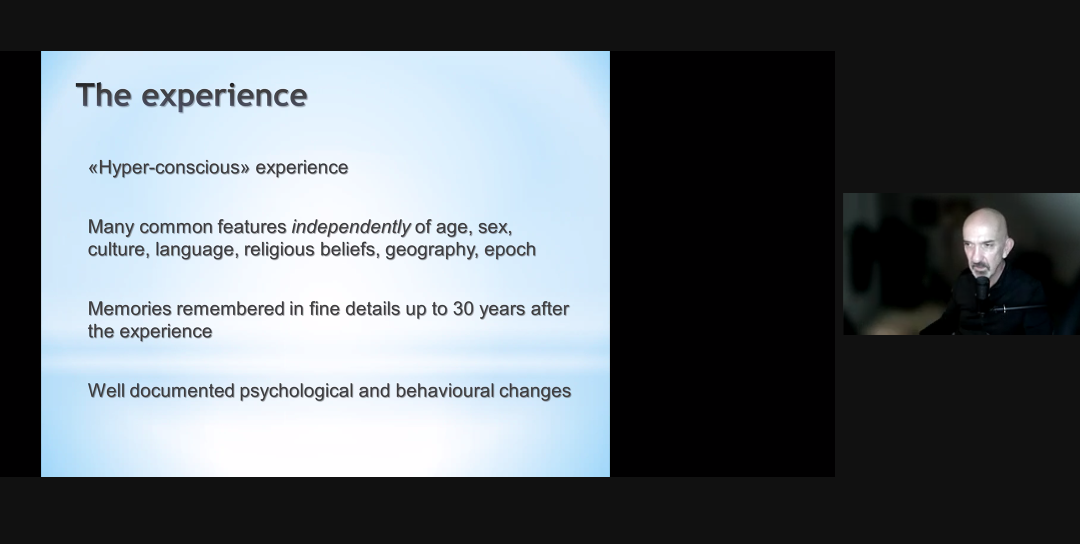 Piero Calvi-Parisetti is a medical doctor, scientist, former university professor and humanitarian adviser for the United Nations. From the University of Long Island (US) to the University of Glasgow (UK) and the Swiss Institute of Noetic Sciences, from grief retreats to international conferences and study days, Dr Parisetti has given talks, facilitated workshops, contributed to seminars and more. Here at Last Wishes we were delighted when he generously agreed to speak to our community.

Near Death experiences and Afterlife can be divisive subjects easily dismissed as ‘crank’ or ‘woo woo’ subjects. But as an educated man from a traditional medical background his credentials as an Italian-born, Scottish author and speaker originally specialising in Public Health and Disaster Management in his role as a doctor makes him an interesting and thought provoking speaker on these subjects. At the beginning of his career, employed by the International Red Cross and the United Nations,  he worked in the management of large-scale humanitarian aid operations in Africa, Asia and the former Soviet Union. At the end of year 2000 he moved from field operations to the classroom, taking up a late academic career. Until 2015, he was Professor of Emergencies and Humanitarian Action at the Institute for International Political Studies of Milan University (Italy) and a visiting professor at several other universities.

Near Death Experiences and End Of Life

In 2004, a simple anecdote narrated by his wife triggered an intellectual interest at first, and then a true scholarly passion for psychical research, especially for the study of scientific evidence pointing to the survival of human personality of bodily death.

Piero is a thought provoking man. A keen intellect coupled with a traditional medical background make him a compelling speaker on the subject of near death experiences and afterlife investigations. I spoke with him recently before the wonderful talk he gave for us here at Last Wishes. His passion is very clearly evident and he is a very down to earth and lucid speaker.

He has published a number of books on these subjects which have been well received on Goodreads https://www.goodreads.com/author/show/8446727.Piero_Calvi_Parisetti. He is also featured on Open to Hope, helping people find hope after loss. Open To Hope provides an online forum to support people who have experienced loss: to help them cope with their pain, heal their grief and invest in their future. It’s a place where people can share inspirational stories of loss and love. They encourage their visitors to read, listen and share their stories of hope and compassion. https://www.opentohope.com/about-us/

His talk for our Last Wishes Tea House lecture series was called “Basis for a rational belief in life after life”.  In this talk he took the audience on a voyage of discovery of what he calls “an ocean of evidence.” For the facts that mind cannot be reduced to the activity of the physical brain. That, he says, in a way which we cannot understand, human personality survives physical death. Dr Parisetti then discussed what the evidence meant, what categories of evidence are available for survival, their respective weight and significance. He also discussed the fundamental difference between a belief based on faith and one based on the knowledge and critical evaluation of facts. He then provided a brief overview of the key areas of afterlife science research. This included deathbed visions, near-death experiences, apparitions, reincarnation studies and various modalities of after-death communication.

Piero’s lecture is just one of the many wide ranging subjects relating to end of life that we have as bonuses for our scholars on our community education programs. Of course, this subject is not for everyone and we are mindful that it may clash with some belief systems. As ever we leave it to the individual to make their own minds up.

We are an interfaith community welcoming all faiths and beliefs, and you are welcome too. We explore a wide range of subjects relating to end of life making these available in the hopes that some may be useful to you.